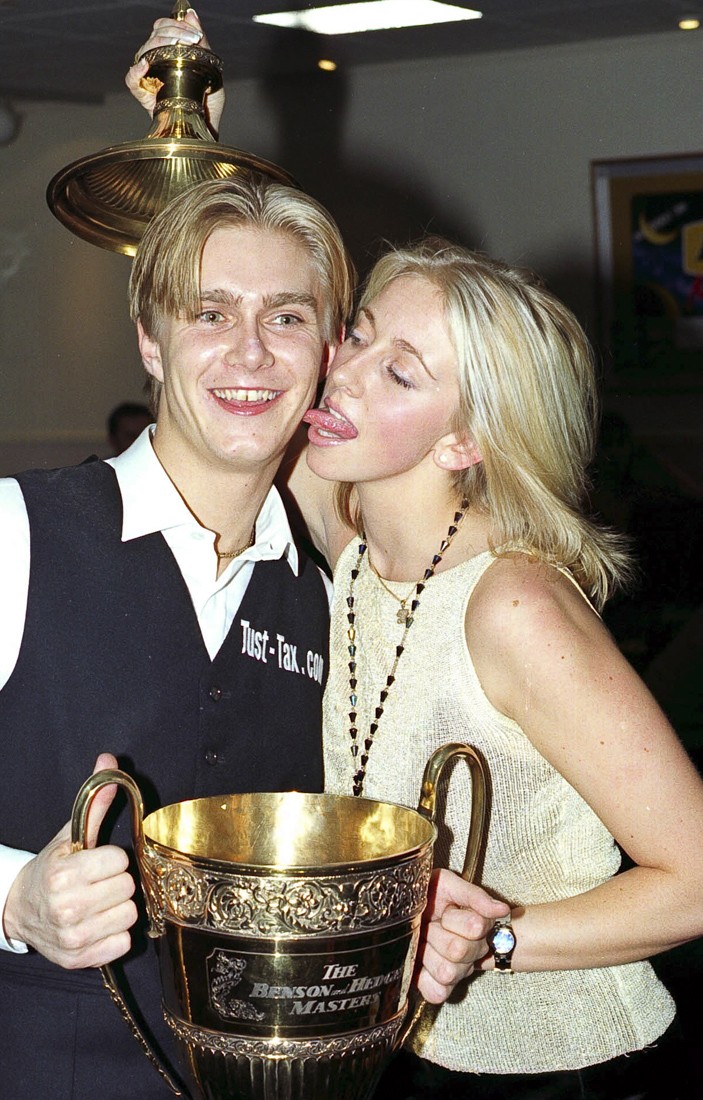 “Plan B”, as Paul later described his passionate moment, brought him back to the table – and on-fire – as he blasted in four centuries to turn a 6-2 deficit against Ireland’s Fergal O’Brien, into a 10-9 victory.

Paul’s comeback was newsworthy in itself. Yet it was not until the post-match press conference that his victory received an unexpected twist. During the interview, Paul told journalists about the between-the-sessions, “bit of nookie”, back at the hotel room.

“Sex was the last thing on my mind. I just wasn’t in the mood. But I had to do something to break the tension. It was a quick session – around 10 minutes or so – but I felt great afterwards. She jumped in the bath, I had a kip and then played like a dream. I reeled off four centuries in six frames. I won easily.”

I heard about “Plan B” as I developed the film of Paul proudly holding the trophy. A colleague of mine leaned his head around the door and said that I should try and get a picture of Paul and Lindsey together, because a story had just broken about Paul attributing his victory to an afternoon of sex with Lyndsey.

Photographers wouldn’t usually attend all post-match press conferences. They might make an appearance when the player or match had some news value for that day, but hardly ever after a final when deadlines made it almost impossible.  So I was grateful that my friend had told me about Paul. Leaving the film on the table, and loaded another into the camera, I dashed downstairs into the players lounge to find Paul.

He was sitting with Lyndsey and I asked him if I could photograph them together with the trophy. I couldn’t expect anything more than that, given the time I had, but the two of them together would provide a better picture than the one I already had. After all, it now seemed that Lyndsey was as responsible for Paul’s outstanding victory as he was. They both agreed, and we moved to a quieter part of the room, away from the noise of the celebrations. 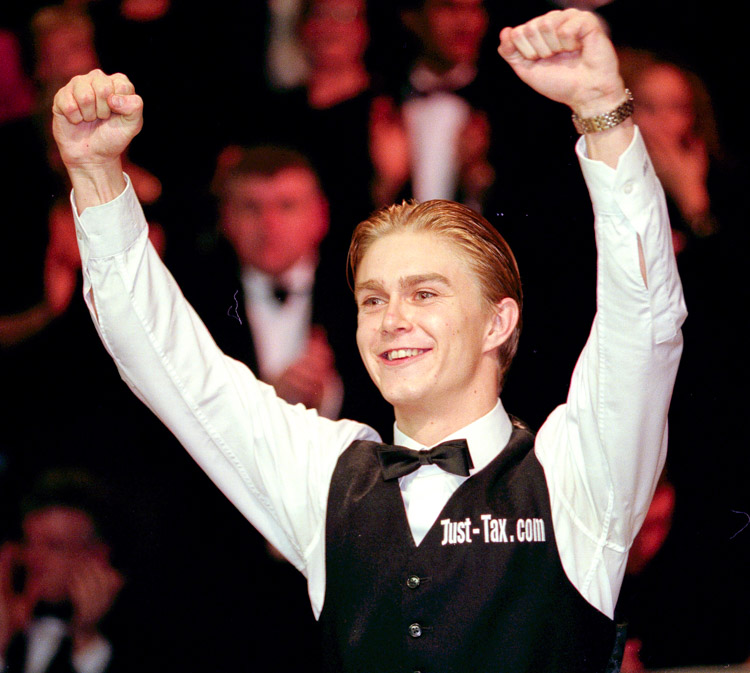 I had just dropped the camera from my eye, when Lyndsey smiled at me, winked, turned back to Paul and quickly licked his cheek. In seconds I got the picture. There was only time for two shots. Then it was over. We laughed. They walked back to their group, and I dashed back to the press room.

I leapt up the stairs, my heart beating wildly, excited, knowing that I had got a great picture. I started to process the film – not yet digital – carefully making sure everything was okay. No room for mistakes now. 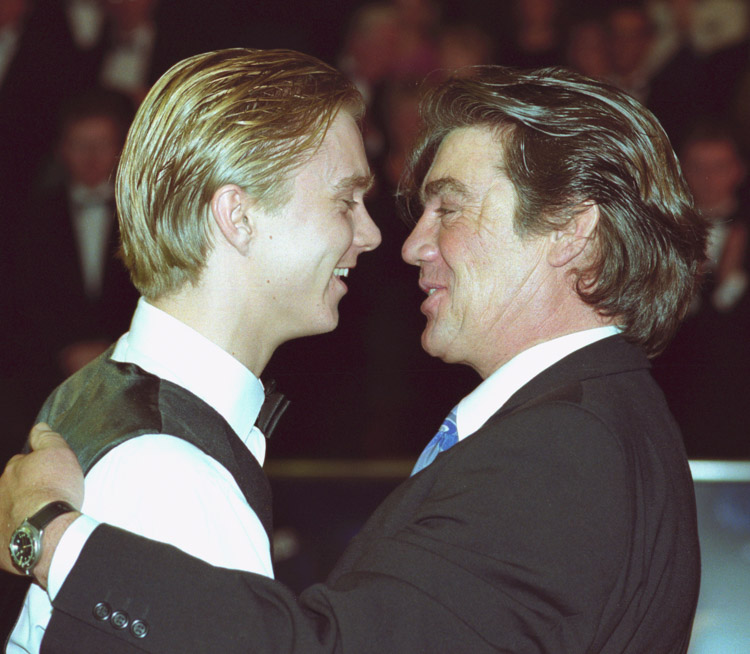 “It’s going on the front page.”

No Room for Mistakes

My hands were hidden in the black-bag – like some magician about to produce a white rabbit. I rolled the film into the spool, screwed the lid firmly on the tank. The developer mix was correct, temperature accurate, five minutes rocking the tank, then pour in the fix, lid off, tank under running water.

Ten minutes later, the magic moment: I drew the dripping roll of film out of the developing tank, and held it against the light. There it was: my amazing shot. The hairdryer ran warm air across the wet film. Then it was dry, ready to be scanned into the computer. All during this time journalists were frantically enquiring about the shot so they could let their ‘desks’ know what I had got.

The image appeared on the computer screen, we were all crowding around it. The picture was perfect; only one shot made it, the other was a second too late. The perfect moment – affectionate.

The journalists ran out to inform their editors. “It’s going on the front page,” one said. I couldn’t believe that, I was over the moon. I couldn’t wait to see it in print. 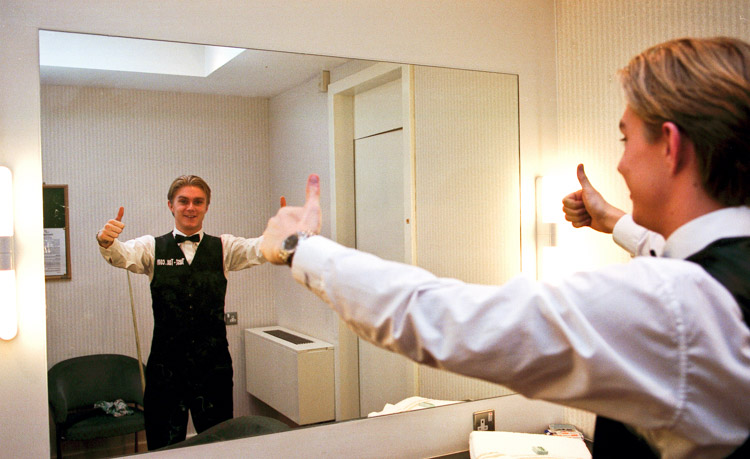 The following morning, at Heathrow Airport, waiting to board a flight to Thailand, I bought all the newspapers, scanning through them to look for the picture. There it was: front page of The Sun, The Star, and the back and sports pages of many others.

For a photographer it is always exciting to see their photographs in the newspapers. And for me – especially on this occasion – after having worked to get a newsy picture out of a great story.

Not all were impressed though; Paul’s manager telephoned me saying he wasn’t happy about the photograph. I couldn’t understand why, because it had made a great picture.

The border between press and public relations can be delicate one, and sometimes the two cannot meet in agreement. Paul’s manager later did agree that it was a great picture; in the end he was happy, and so was I.

“Plan B” has now become synonymous with snooker – something that people will remember with affection about one of the great snooker players and a really nice guy. 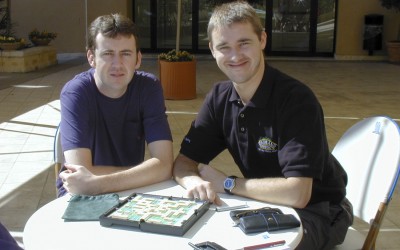