Flying Pigs on the Summit 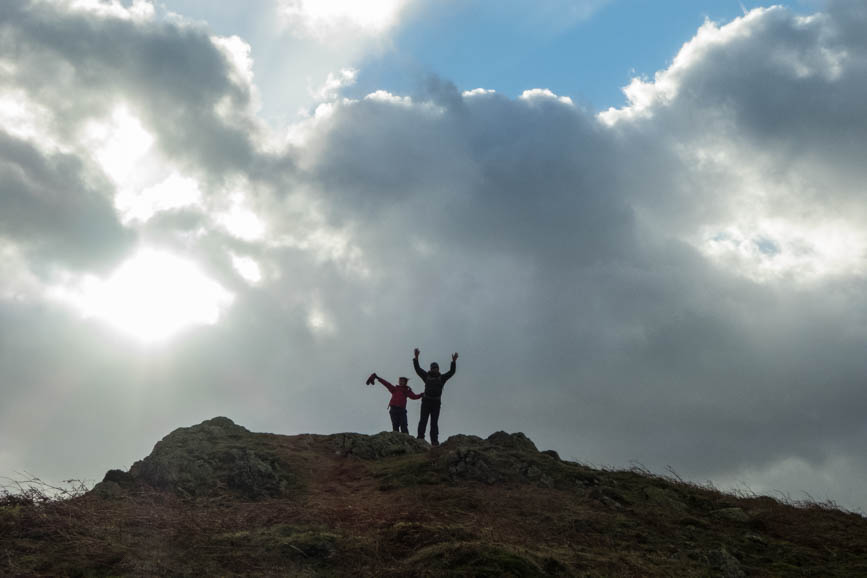 “It’s impossible, can’t ever be done!”

“Why not!” Simon replied.

“I mean … you couldn’t move this mountain, could you? You’re gullible if you believe all the stuff it says in that book. You’ll be saying next that pigs can fly!”

I laughed, and looked up at the sky. I don’t know why, but every time someone uses that colloquialism I always look up at the sky, or out of the window, just in case … so I wouldn’t miss the pigs flying by!

“NO! … I wasn’t talking about pigs flying, for goodness sake! Haven’t you been listening?”

“You’ve got pigs on the brain! … I was saying, how can you really believe that someone can be flogged to within an inch of their life, tortured, nailed to a cross, pronounced dead––by the best executioners on the planet––buried, and then jump up later and push away a stone that must have weighed say … two tons! Then later appear to all his friends looking as though nothing had ever happened. I mean it’s not like he was one of those zombies from ‘Walking Dead’, is it? It says that he looked normal. How could that be? It’s not possible. Is it?”

“The zombies didn’t come back to eternal life. They could be killed.” I replied defensively.

Bill laughed, and I guarded myself against this distraction.

“Do you believe in spiritual things?” I asked.

“Not really … you mean all that afterlife stuff. That rubbish about fortune tellers and things?”

“Yes, n’ no … I mean, do you think there is something after death?”

“Jesus showed us that we can come back into eternal life, with a new body, and a new life, and with Him.” I explained.

Danger on the road

“So … let’s imagine a cyclist, racing down the road. Someone knows that the bridge over the gorge ahead is broken and that the road has gone. He runs back and builds a new path which leads away from the danger. He  stops the cyclist and tells him about the path, and the bridge, but the cyclist doesn’t believe him and continues down the road.

“We are the cyclists on this road hurtling towards the broken bridge. God didn’t break the bridge, we did, because we followed bad instructions. God saw the bridge and sent Jesus to make a new path, one that’ll stop us dying. He made this path possible only by His rising from the dead. The bridge could not be repaired, but an alternative route is given to us. Many people refuse to believe this and continue to hurtle towards the bridge. Those that do believe, and choose Jesus’ path will be saved from death. You understand what I am saying?”

Rising from the dead

“Wow!” exclaimed Bill. “I’ve never heard it like that before, but how do you know it’s true … about Jesus rising from the dead, I mean?”

“It’s been proven many times. There’s loads of conclusive evidence that He rose from the dead. Many people have tried to disprove the fact, and failed. I have a book at home … in fact I’ve got a couple. I’ll let you have them, if you promise to read them.”

“Fine, good, I’ll find them when I get back home.”

I screwed the cup back onto the top of my flask and put it, and my empty sandwich box, into my rucksack.

“Time to get on then,” I said, looking at the mountain. “We’ll need to get back before dark, and we’ve only a couple of hours of daylight left.”

“Sure,” said Bill quickly ramming things into his rucksack and throwing it over his shoulders onto his back.

We set out along the ridge and began our descent towards the valley, and home.