On the 21st December 2010 a lunar eclipse occurred over the Langdale Pikes, culminating a year's photography project of the Lake District's Langdale Pikes

Lake District, Cumbria. — For a year I photographed the sun travelling along the horizon from the same viewpoint. I watched it set at different places on the Lake District mountains. Its zenith, at the height of summer, is the Langdale Pikes. These mountains are the focus of my article.


Each day I cannot help but I look out from my window and gaze across to the Langdale Pikes: the distinctive knucklebone peaks that reach up into the sky. I have watched, over the course of a year, the sun setting behind conspicuous landmarks on the horizon.

Spring comes and the days lengthen. The sun climbs higher into the sky and blazes a trail across the heavens. At night it makes its bed behind the low hills of the Duddon Valley. Summer approaches and its heavenly journey takes it high above the Coniston Fells. Now it rests at night behind Coniston Old Man and Wetherlam. In June, on midsummers day, it reaches its zenith, sitting high above the Langdale Valley. It lingers there, fixed, reluctant to come down; blindingly bright, and shimmering through the haze of hot summer afternoons. The days, which in winter quickly turn into night, now linger on, bringing warmth and light into the late evening hours. The sun is reluctant to rest, and its descent to end the day is slow. 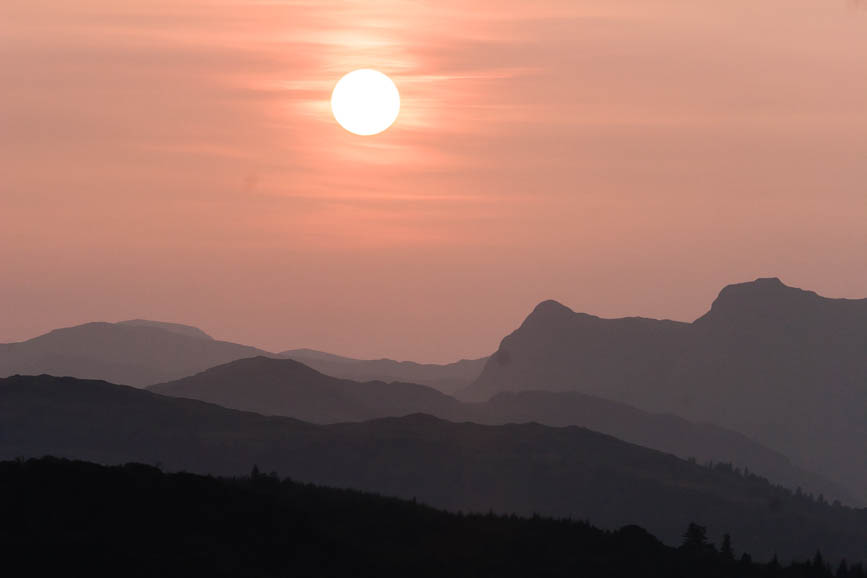 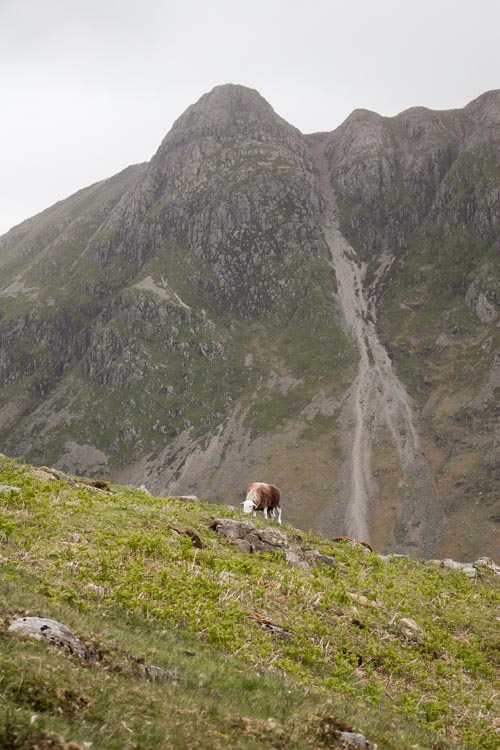 On  Pike of Stickle you can see evidence of probably the first significant human activity in Langdale. Workings of flints and axe-heads from a prolific Neolithic axe factory dated around 4000BC litter the stone shoot.

I had set my alarm at 3am, the time the eclipse was due to start, but fell asleep again. I awoke about 6am and rushed to the window thinking I would have missed it. The earth’s shadow had already covered half of the moon, yet I was still in time to witness this amazing spectacle.

The moon was setting just to the left of the Pikes, as the sun rose behind me, curving its rays around the earth and casting an orange hue over the surface of the moon. The mountains, covered in a blanket of snow, turned red in the light from the moon. The eclipse was total at about 9.30am; it was unusual to watch the moon become just a faint outline, leaving a ghostly image of itself hanging in the sky, and bathing the Pikes in a strange soft, surreal light; it also marked the end of my project. 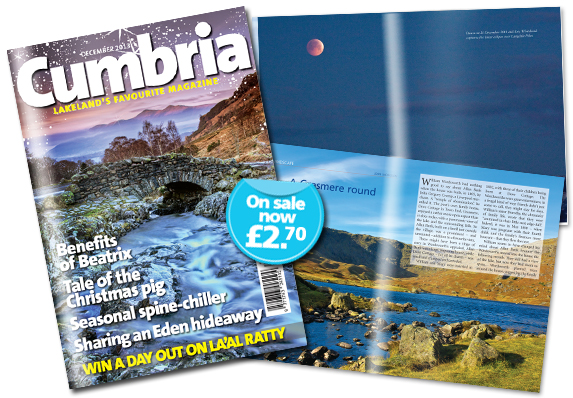