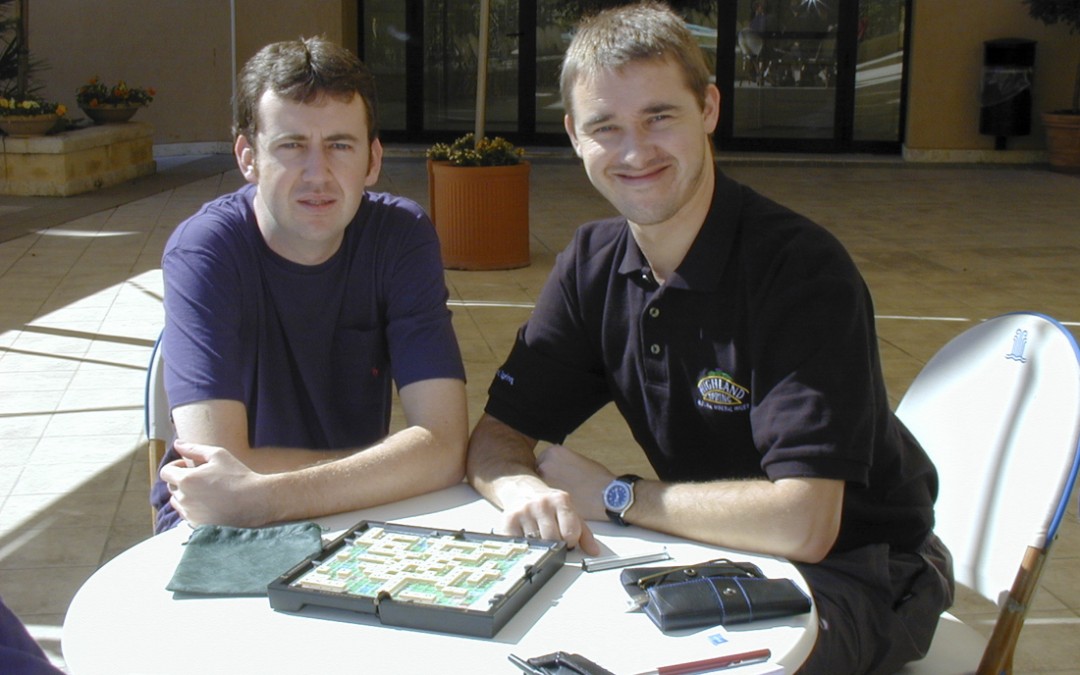 “I say,” came the unexpected remark as we sat around the poolside in Malta. “I say, you there. Seen any Ruskies around here, have you?” Granted, it was not the kind of question you would expect in the middle of the day, relaxing after lunch. Lifting the hat of my eyes, I looked into the sunlight to see an elderly couple, complete with the full regalia for a stroll in the sun. Wide-brimmed hat, umbrella to keep off the sun, trouser, dress, and shirt. They were both clutching what looked like day bags. “Pardon,” I replied. “What do you mean?”

By now Mark Williams and Stephen Hendry had taken an interest in this, as we were all sat around the table, and they looked up, as this couple studied each of us closely. “You’re not Russians, are you?” they stated. “No,” we all replied earnestly, wondering what the heck was going on.

“Only, we’re due to be playing bridge, and those Ruskies seemed to have gone AWOL. We can’t start the game without them, you know. You sure you haven’t seen them?”  They continued to tell us that there was an international bridge tournament going on at the hotel. They were trying to find their opponents so that they could get their game started, but they could not find them anywhere. “Most disturbing, maybe they haven’t turned up yet.”

They walked away to the other side of the pool, without a second glance at us, muttering about damn Russians and Bridge, and other things.

Mark and Stephen were playing scrabble and went back to their game as Stephen tried to convince Mark that Haggis was the correct word. We settled back to relax in the sun, and wait for the time to go into the next match. About 30 minutes later this elderly couple appears on the scene again, slowly walking around the pool, talking to people laid out on their chairs, and slowly approaching me. I thought about running, but decided that as they had spoken to us once they wouldn’t bother again. So pulling my hat over my eyes, yet keeping it high so that I could peep underneath, I kept track of their movements, watching as they wound their way around the pool.

Suddenly a large shadow fell over me, and a rather loud eloquent, educated voice boomed out. “You there!” Are you sure you’re not Russian?”  I looked up at two very tall figures silhouetted against the sun, and felt rather annoyed.  Looked at them, lost for words, I was just about to say something when the man spoke. “Well, I must say that you look like you have a bit of Cossack in you, I must say.” I immediately countered, “No, I’m not, I come from Bury.”

At this everyone fell about laughing. Mark latched onto this and for the next 20 years or so always called me ‘Cossack’. Even to this day when I meet him, he always greets me jokingly with “How y’doing Cossack.”