Caught in the Headlights 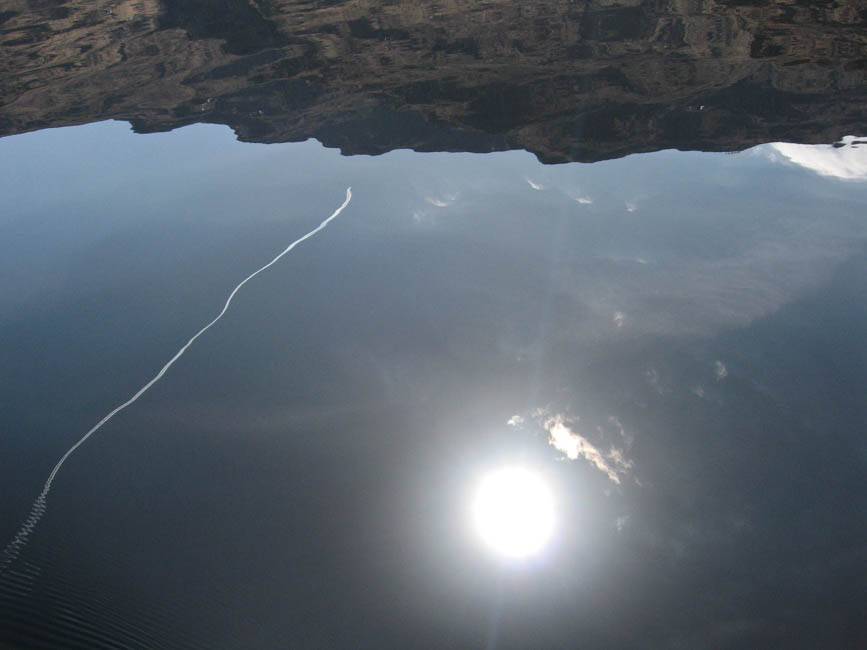 It was a morning just like all his previous mornings: wake up, wash, dress, eat, go to work, and again the ever present feeling  that there was something missing in his life. Jeff was no stranger to this feeling, he didn’t know why it was happening, and it had been annoying him for months. “Why do I feel like this?” he grumbled to himself, frustrated at never getting an answer.  He closed the door of his house and walked to his car. This ‘something’ unsettled him. He had a good job, nice house, good friends, and there wasn’t really anything that he needed. Occasionally fear gripped his heart; today was one of those days. It was not fear of danger, rather an awareness that something was going to happen, to change. There was a deep emptiness within him that he had never experienced before. His routine life had become boring and bereft of any significant meaning. He had become increasingly moody around his family, and he didn’t like it. “What’s the problem with you?” his wife would exclaim. “I don’t know,” was the only reply he could give in answer to her question. It was the truth; he didn’t know. He wished he did.

In the late-dawn of the day it was cold, dark, and rainy, and he was stuck in traffic. Absentmindedly he watched tiny red water droplets roll down the windscreen. They joined together to become rivulets, before the windscreen wipers brushed them away, and the process began again. Car headlights momentarily blinded him while he waited for the lights to change. Yellow droplets now rolled down the windscreen suddenly turning to green before being wiped away. He shook himself into action: first gear – move forward – second, third, top – concentrate. Lights and buildings flashed by – snapshots of impressionist paintings brushed in water on the windows – streaky and colourful. Dawn crept in and diluted this artwork.

His drive to work usually took about an hour, this time it was longer – there were roadworks, diversions. He had never travelled this road before. Peering through the windscreen and the rain he saw the diversion signs picked out in the beam of his headlights. Yellow boards and black arrows pointing left and right – turn left next junction! He turned, then rounded a bend, and suddenly his headlights lit up a white banner against the blackness. He quickly read the words, then the banner was gone. It was brief, just a second, a fleeting glimpse, but it was long enough for him to read the message. Something happened! His heart began beating rapidly. His breathing came in short bursts, huff and puff, like he was running. Inhale, exhale, breathe in, breathe out. He had to stop the car. It wasn’t safe to drive any longer. It was all he could do to hold back tears. His heartbeat and breathing were out of control.

He reversed the car back to the where he had seen the banner; it was just short of the bend in the road. He had to make sure he was right about what he had seen. He noticed the building first, it was a church hall. In his mind he quickly replayed all that had happened. The words had hit him right between the eyes, and suddenly he had realised that the ‘something’ that had been missing in his life was God!

His heart still beat wildly, his breathing was shallow. “Slowly, inhale, exhale,” he told himself.”  “Calm yourself down.” He reached the banner and shone his torch at it; there were the words, just as he had seen them. “That’s it!” he exclaimed, when he read the words again, “I need God!” Nothing had ever spoken to him as directly as these words did. He knew they were true, and he knew that he had to do something. Jotting down the telephone number of the church he promised himself that today he would give them a call and talk to someone.

The rain had stopped as he got back into his car. Today would be different, he knew it. He would never be the same again, and smiled. First gear, second, third and back into the steady flow of traffic.